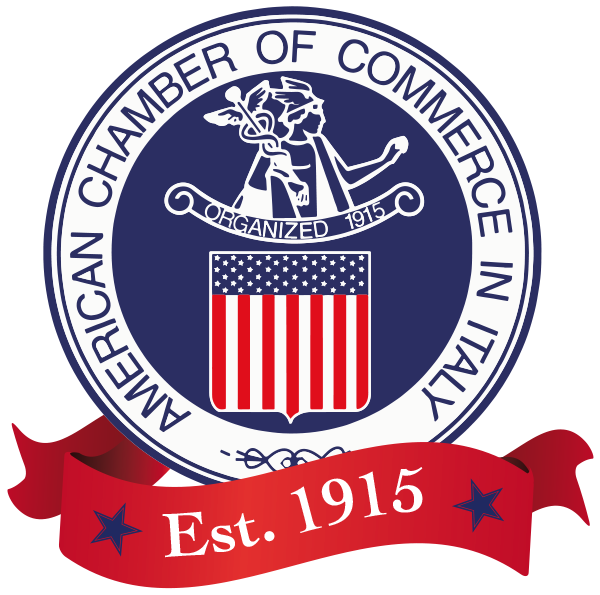 AMERICAN CHAMBER OF COMMERCE IN ITALY

AmCham's purpose is to develop and foster economic and cultural relations between the United States of America and Italy, and to protect its members' interests in the sphere of business between the two countries.

AmCham serves as the main interlocutor in the development of business activities in the United States. Towards this end, it regularly organizes meetings and conferences with leading international decision-makers. Moreover, through its advocacy work, it offers member enterprises an inside track to communicate directly with the top representatives of Italian and American political and economic institutions.

Eonomic relations between the United States of America and Italy

Cultural relations between Italy and the United States of America

AmCham currently boasts more than 500 members, including the largest Italian and American multinationals, numerous Italian medium-sized enterprises, as well as the most well-known international professional law firms. The Board of Directors includes leaders of some of the largest enterprises operating in Italy, like Dow, Citi, Enel, Eni, ExxonMobil, Hewlett-Packard, IBM, Microsoft, and many more.

How to become a Member - American Chamber of Commerce in Italy

To join AmCham please submit your request filling in the online form.

The American Chamber of Commerce in Italy was founded in Milan on April 13, 1915. Initially called "Camera di Commercio Americana in Milano," it was given its current name at a later time.

Over the years, AmCham rapidly adapted to - and was often ahead of - the times, offering Italian and American economic and political institutions recommendations and advice for changing and improving laws and regulations in both countries.

AmCham Italy has no ideological, political, or party ties in either country.

In addition to its headquarters in Milan, AmCham operates in major Italian and American cities through a network of Local Representatives.

Although headquartered in Milan, AmCham Italy can rely on representatives in the following Italian and American regions and cities:

The Board of Directors consists of about 50 members, including the highest representatives of American and Italian multinationals. Board Members are elected and confirmed by the Members' Meeting.

AMERICAN CHAMBER OF COMMERCE IN ITALY